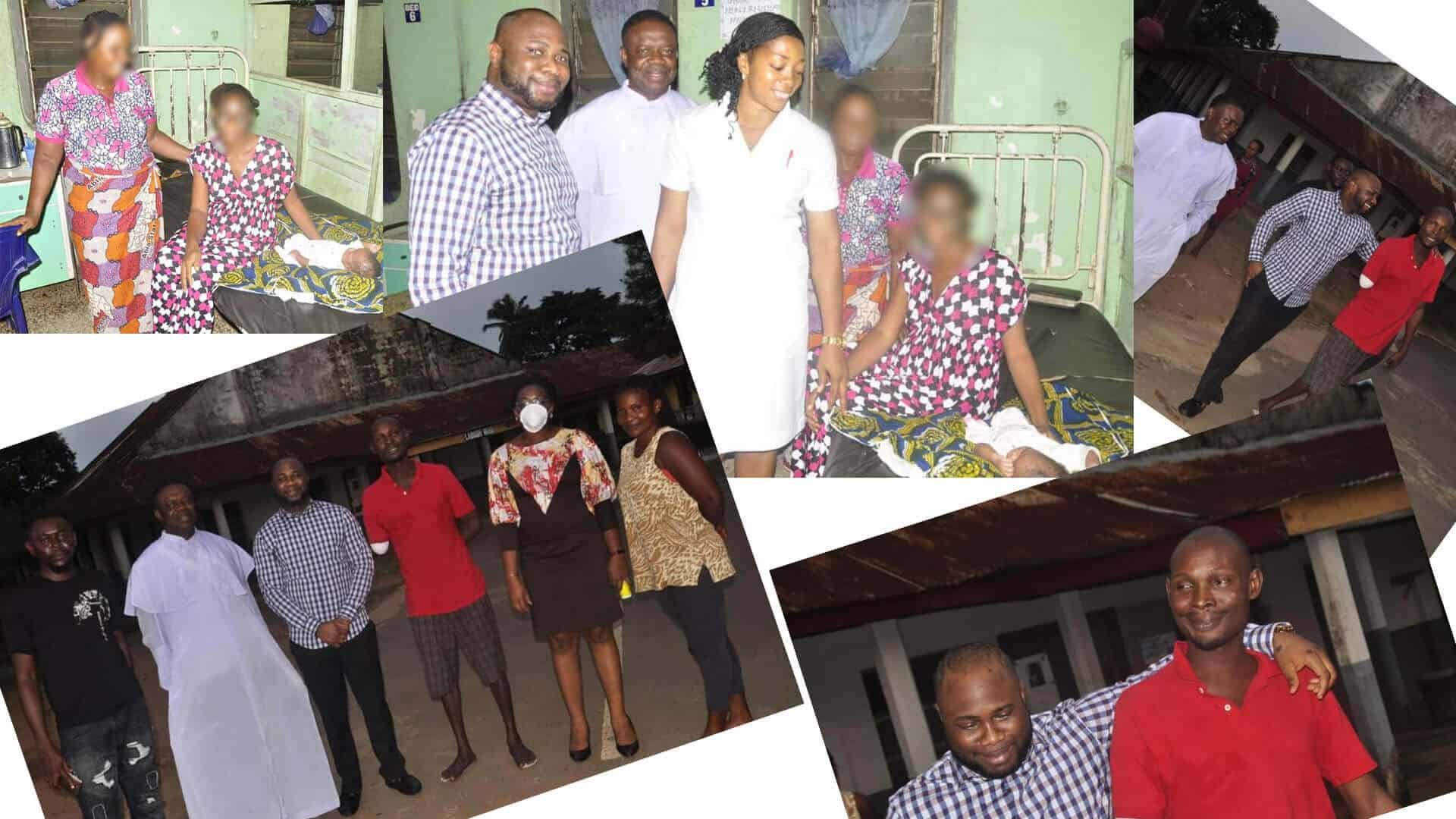 The member representing Owerri North State Constituency in lmo State House of Assembly and Deputy Minority Whip, Hon (Engr) Philip Ejiogu (Mr. Integrity) has received applause from members of his Constituency as well as men and women of goodwill in the State for clearing hospital bills of four of his Constituents said to be valued at N1.2 million this week.

Speaking to Weekend Announcer after observing the humanitarian service carried out by the Peoples Democratic Party (PDP) Owerri North House member, one Mrs. Florence Nnadozie who hails from Azaraegbelu in Owerri North LGA described the gesture as laced with spiritual connotation, declaring that when a man with milk of human kindness practically demonstrates it, according to her, it should not be mistaken for politics.

The Owerri North female constituent expressed gratitude to the vibrant Lawmaker for heeding to the promptings of his spirit, adding that his likes are rare in the clime. Mrs. Nnadozie further expressed delight that the people of Owerri North were lucky to have entrusted their mandate this time to a youth who has the interest of his people at heart.

In his own, Chief Jonathan Mezie from Naze and Mrs. Roseline Chikeka from Emekuku in same Owerri North LGA who were spotted at the hospital facility applauded the act of philanthropy demonstrated by the young lawmaker, praying God to gift the area with the likes of Hon Ejiogu who has shoved aside political divide in discharging his duties as one duly elected by the entire Owerri North.

The duo who barred their minds separately when our reporter ran into them at the hospital, stated that for any politician elected by his people to represent them at the seat of power to have put eyes on the ground to discover that there could be indigent patients who can not foot their medical bills should be applauded and not be taken for granted, vowing to always show their support, loyalty, and solidarity to the lawmaker when the need arises, while enjoining him to keep up his good work.

It will be recalled that Hon Philip Ejiogu fondly addressed by his constituents and beyond as ‘Mr. Integrity’ as well as a man imbued with the compassionate heart of gold had proven his people’s stance on him, when he among other philanthropic gestures, restored hope in the lives of his indigent constituents, Mr. Emmanuel Amarachi from Umuakaliukwu Autonomous Community who had his limb amputated by clearing his medical bill which stood at N500,000.

The Lawmaker was said to have equally cleared the hospital bills of Mrs. Grace Igwe from Umunna Emii ‘detained’ after child delivery with an outstanding bill of N200,000, as well as that of Mr. Arinze lrechukwu’s wife from Emekuku who had serious complications before and after delivery amounting to N300,000, not excluding a woman from Uratta who underwent manor surgery but could not offset the hospital which brought the sum to over N1.2 million.

It will be also recalled that Hon Philip Ejiogu who will be clocking one calendar year in office this weekend beyond representation, has carried out to the letter the duties of lawmaking and oversight, as he is rated one of the most visible and vibrant lawmakers in the 9th House in spite of his opposition status.