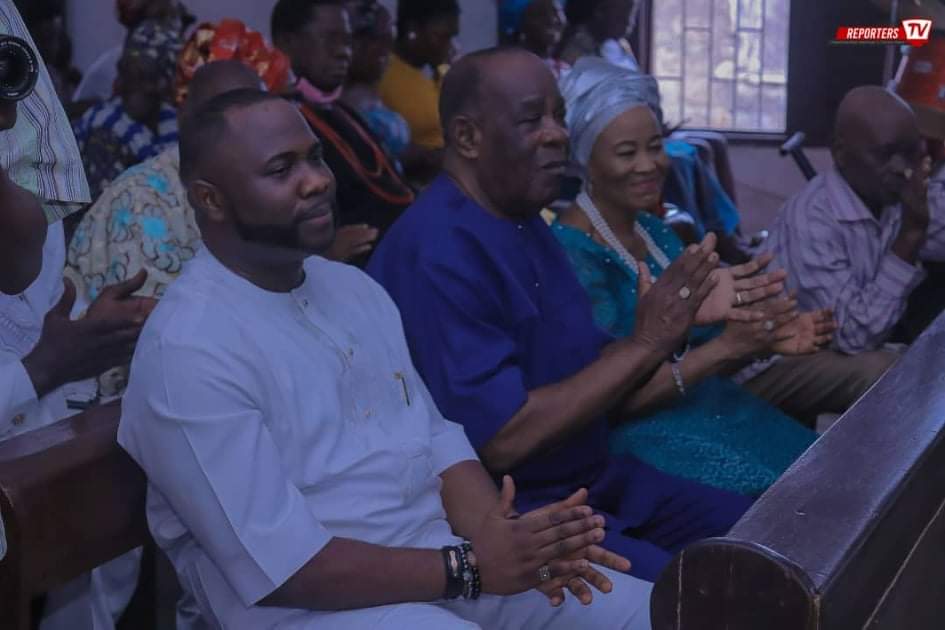 Last weekend, witnessed a hive of activities in both the cyber space and political landscape.
The epoch- making birthday mass thanksgiving and project commissioning by Hon. Ejiogu Philip (Mr. Integrity ), the House Committee Chairman on Education; and member representing Owerri North Constituency in the State House of Assembly.

While Sundays are usually for testimonies; a heart -warming story of an expressed philanthropy displayed by the Imo Deputy Speaker , Rt. Hon. Amara Iwuanyanwu ; who religiously bequeathed a 4 -bedroom state of the arts personage to the Anglican Diocese of Orlu; for the New Covenant Church Amuzi, Dim na Nume Autonomous Community , Nwangele LGA: where the clergy and other faithfuls can experience spiritual rejuvenation and cafeteria in prayer, sober reflection and meditation.

In Edo, the people changed the ugly narrative , took the fight to the voter buyers , who erroneously thought they could buy over their consciences and electoral values with a mere pittance; pieces of Naira.

On the contrary, they unanimously spoke with one voice , resisted the powers that be and passed vote of confidence in the Obaseki |Shaibu Administration; as revolution against politics of godfatherism and gangsterism seem to have started with Edo people . Because ‘Edo no be Lagos.’

Moving away from this rather endearing and cheering political melodrama in Edo State; where the Imo State APC contingents for that election are expected to be home by now with in – not – too- good mood as the major opposition in the state , the Peoples Democratic Party (PDP) are being gingered and inspired by that singular electoral victory recorded in far away Edo state at a time when the party is preparing for a senatorial bye -election in Okigwe zone , by next month. Their candidate for the October 31 Okigwe bye -election, Chief Emmanuel Okewuluonu, is also a good fighter!

However , outside and beyond the above developments , was the Friday’s colorful social outing nay empowerment program recorded at the Emekuku country home of Hon. Philip Ejiogu; member representing Owerri North Constituency in the State House of Assembly.
The event marking his birthday started with a thanksgiving mass at the Immaculate Conception Catholic Church, Emekuku, Owerri North LGA; where his family members , friends , well wishers , political associates and colleague -honourable members graced the occasion.

Young , vibrant , articulate and sound , Hon. Philip Ejiogu last weekend , was the toast of many people as the lawmaker immediately after the mass thanksgiving rolled out his empowerment program with free medical tests , distribution of bags of rice and other food items, despite paucity of funds as an opposition member of the Imo State House of Assembly from the PDP; who could only bank on his integrity, support from his party and mass of the members of his constituency.

At the mass thanksgiving celebration, the officiating priest , Rev. Fr. Alisigwe Ernest , saluted the parental and mentorship roles of Sir|Lady Ambrose Ejiogu; for raising their son, Hon. Philip Ejiogu , in the most practical Christian ways and respect for leadership, social values and culture of the Igbo tradition. The clergy also described the celebrant , Hon. Ejiogu as a chip off the old block ; a young responsible leader with integrity and passion to serve his people: praying God to take him to the next level in his political pursuits and other life’s endeavours.

Speaking during the occasion before the commissioning of the water project built by Hon. Philip Ejiogu , majority leader of the Imo State House of Assembly and member representing Ikeduru Constituency; an ace legendary comedian , Hon (Amb.) Uche Ogbuagu, deposited thus in his address;

“I am here because blood is thick and stronger than water. I am here because Philip is my beloved brother , and party difference cannot separate whomever I love. I am also here to identify with developmental programs and projects because these are what I have strong affinity for while serving my people. I am here to wish him a happy birthday .”

“Vintage Uche Ogbuagu satirically urged the state lawmaker to complement his presence with somebody at functions rather than always coming alone.”

The State House of Assembly members who attended the project commissioning event took turns to commend their colleague, Hon. Philip Ejiogu , for his exemplary leadership style as a man of integrity who keeps to his promises against all odds; while urging Owerri North people to give him all the supports as their state representative always fights and defends his people on the floor of the House in his avowed commitments to attract the needed dividends of democracy.

4thestatereporters.com authoritatively gathered that the well constructed toilet facility and water project was a promise made by Hon. Philip Ejiogu to Nkwo -Emeke Market Traders Association ; during his campaign prior to the 2019 general elections. Mr. Integrity as he is known and addressed, kept to his promise ; a very scarce leadership virtue among Nigeria’s politicians who renege on a number of their campaign promises after the elections.

Addressing the press after commissioning the twins toilet facility built by the legislator , Secretary of the Peoples Democratic Party in Imo State, Nze Ray Emeana , commended Hon. Philip Ejiogu for making his constituency and party very proud. He therefore, saluted the resilience of the lawmaker for promise made and kept having embarked and completed a toilet facility and water project that ordinarily could have been executed by the state government that collects market’s levies and revenues from traders.

The high point of the event was the inauguration of the Widows Monthly Prayer |Empowerment Program ; which Hon. Philip Ejiogu promised to sustain as first phase of the exercise saw a select women from the various wards in Owerri North constituency receive cash gifts for either business start -ups or to boost their existing small scale businesses for economic sustainability and rural development.

Thanking his constituency for their show of support , solidarity and prayers, Hon.Ejiogu promised never to let the people down as he continues to discharge his legislative assignments with the fear of God and integrity.